Festivities are scheduled to start September 26th- 27th and will continue each weekend.

The online events will all lead up to a virtual cosplay contest in our finale weekend of October 16th – 18th. 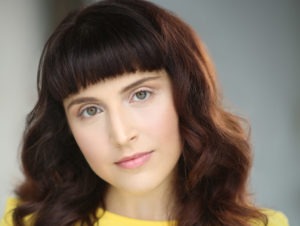 The voice of Claudia from The Dragon Prince, is coming to Sandemonium for an exclusive live Q&A Panel and virtual autograph session on October 11th!

Racquel Belmonte is a voice actor, sketch comedian, improviser, and writer living in Vancouver, British Columbia. When she’s not performing in her comedy duo Carmelahhh, she is performing with her all-female comedy troupe Nasty Women, her Blind Tiger Comedy Houseteam Reynolds, a variety of Instant Theatre shows as a Guest Artist, and on her lonesome in other cool comedy shows around the city. She’s performed frequently in the Vancouver International Improv Festival, in the Del Close marathon in New York, at Ryan Stiles’ Upfront Theatre in Bellingham, and most recently at the Toronto Fringe Festival. Some voice credits include The Dragon Prince, Lego: Legends of China, Lego: Elves, and Screechers Wild! 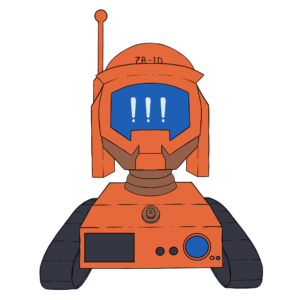 Normally we gather in person to celebrate our fandoms, but we are adapting to bring you all the fun online! We are working to bring you streaming events, online vendor shopping, and opportunities to connect with fandoms and professionals all over the globe every weekend over the course of Sandemonium. Festivities are scheduled to start September 26th- 27th and will continue each weekend. The online events will all lead up to a virtual cosplay contest in our finale weekend of October 16th – 18th.

We’re looking for vendors, panelists, and participants for the cosplay contest as well as volunteers and suggestions for how to make Sandemonium more fun and engaging for everyone. Follow the links to apply and contact a member of the Sandemonium team to get involved.

Many people don’t know that the power of community and creativity at Sandemonium has manifested as a new form of LIFE! The lovable robot, 7B-ID (affectionately referred to as “Sev”), came rolling into one of the first local conventions and has stuck around ever since. Sev is here to assist all things Sandemonious, and this year Sev has upgrades: arms! Along with a few new expressions and a modern adorable look. Stop by our Facebook Page to share your favorite memes (dank maymays) with Sev and to ask any questions about upcoming convention events. Sev loves to talk about Sandemonium! 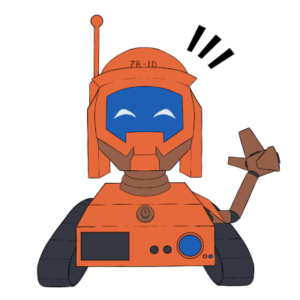 6pm – [Live Stream] Informational Panel with the Sandemonium Board

12pm – [Live Stream] Through the pipeline: How a podcast gets made with Metal Steve Productions, creators of Station Arcadia